The article is about “New Georgian Cuisine,” an alternative culinary movement that represents a “postmodern” trend in the Georgian food scene. This movement is trying to preserve culturally authentic Georgian cuisine and, at the same time, make it modern and innovative. We were interested in how these two goals are negotiated in texts produced by supporters of the movement. Tradition is a key concept used in this negotiation process. Using discourse analysis, we identified three cultural repertoires associated with this concept in texts produced by supporters of the movement. These repertoires are “lost and regained tradition,” “falsified (Soviet) tradition,” and “innovative tradition.” Representatives of the movement believe that New Georgian Cuisine is reviving a genuine Georgian tradition of creativity and innovation. They consider this tradition to be part of a Georgian “European” heritage, which was suppressed by Russian and Soviet rule. Through this myth, supporters reconcile the competing demands of innovation and preservation of authenticity. Discourse about “innovative tradition” stands in contrast with other cases discussed in the scholarly literature, where on discursive level tradition and innovation are presented as discrete and sometimes opposed values. The narrative of New Georgian Cuisine has a twofold result in terms of influencing the distribution of cultural capital in society. On the one hand, it helps to elevate the social status of cooks and to transform this profession into avenue of upward social mobility. On the other hand, it emphasizes values associated with the elite or “creative” middle class and downgrades the significance of the everyday practices of representatives of other social groups. 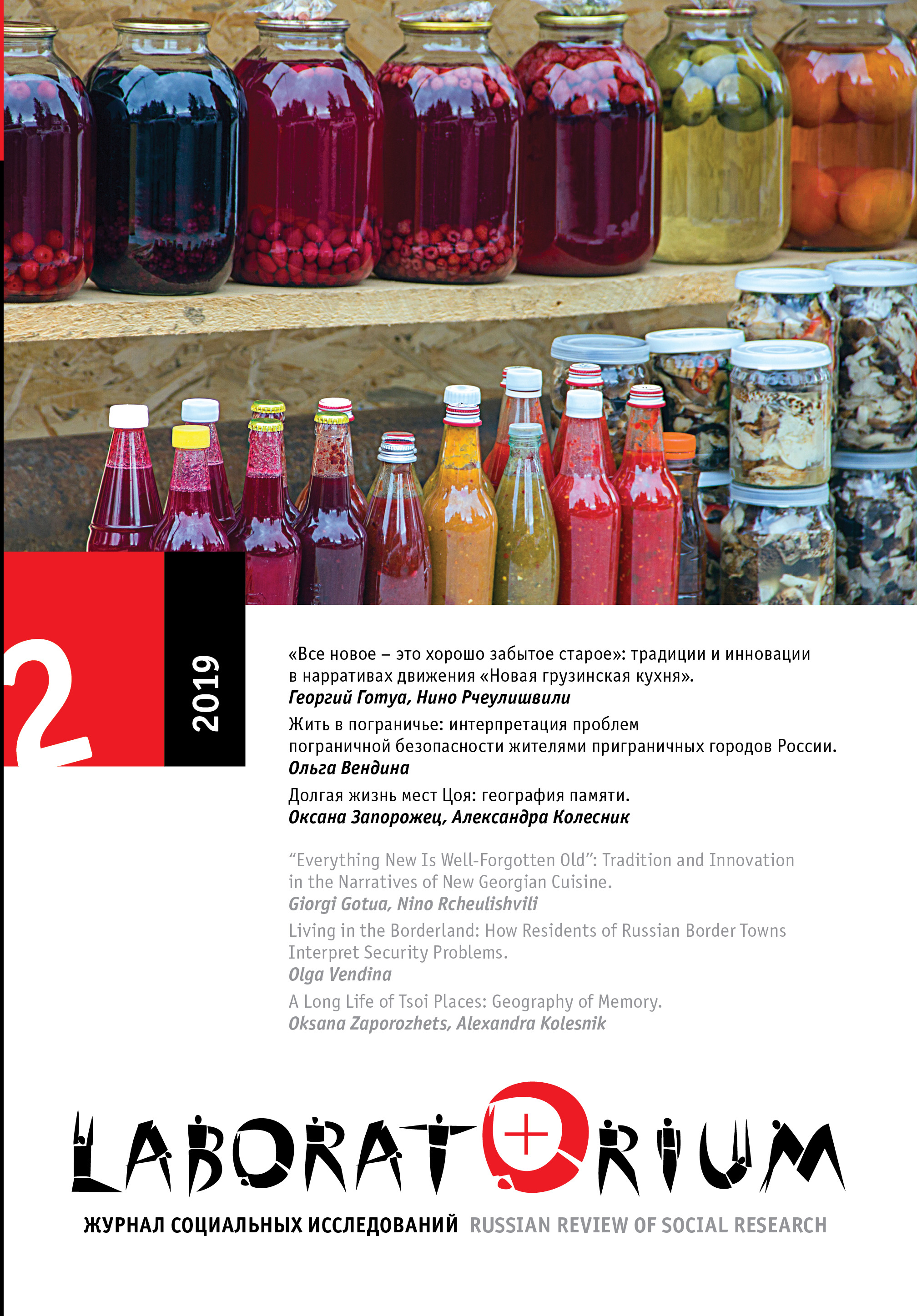