This paper deals with the transfer of Western technologies during Nikita Khrushchev’s program of industrial modernization. One of the focuses of this program was on the pulp and paper industry, an important but outdated branch of the Soviet economy. In order to improve the technology as well as to increase production, the Soviet leadership had to apply for Western help. As “a capitalist friend” of the Soviet Union during the Cold War, Finland played a key role in providing the country with Western technologies. In this article, I ask whether technology transfer assisted Russia’s modernization goals in the context of the Cold War. I focus on the example of a single factory in its broader context. Examining the activities of Enso/Svetogorsk, initially a Finnish factory annexed by the Soviet Union in 1944, I explore two cases of technology transfer through the lens of Thomas Hughes’s theorization of the interaction between social, technological, and resource factors. In Russian, extended summary in English. 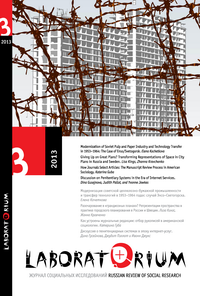