This paper examines the body as a social construct that includes and expresses power and gender relations. I describe how the female body is constructed as primarily a reproductive body through various disciplinary practices and biopolitics. To analyze official discourse that constructs the reproductive female body, I turn to the newspaper Sovetskaia Belorussiia. The reproductive female body is constructed in the newspaper through a variety of discourses that legitimize some norms and practices and pathologize others. Official ideologies, transmitted through public media, enforce a regime of “compulsory motherhood” on every woman, appealing to the role of reproductive function in the well-being of the nation, social structure, and hierarchies. Motherhood, presented as a signifi cant value, requires a meaningful description. Reconstructing the discourse of motherhood in the newspaper allows us to identify the values embedded in the concept of “normative motherhood.” These values become the criteria of the norm, based on which other forms of motherhood and lifestyles are pathologized. This is then used to justify various practices of control over the female reproductive body. In Russian, extended summary in English. 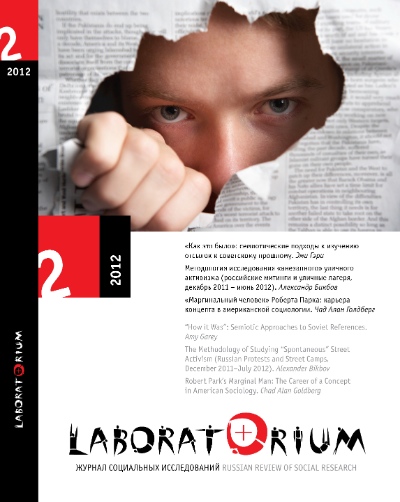 How to Cite
[1]
Shchurko, T. 2012. “Compulsory Motherhood”: The Female Reproductive Body as Regulated by the State (Based on the Analysis of Newspaper Sovetskaia Belorussiia). Laboratorium: Russian Review of Social Research. 4, 2 (Aug. 2012), 69-90.